I made this big ol' post on the state of Patriah on my Patreon for International Women's Day 2020, which also happens to be my birthday!

Here's the cross-post, for your convenience:

Patriah has turned into my white whale, in a way, where it's very difficult to wrangle, but I'm very invested in getting it done.

So far, I've been doing all the writing that I can, which is frankly the most triggering part of it. Maybe I've mentioned this before, but I've taken to writing this with the philosophy of the Patriah 100, which is a bit of a misnomer. It's a commitment to writing 100 words, but given that I write the whole thing in Twine, it comes out to being a node or two. Maybe not 100 words, but... I don't care, haha. Throwing myself at Patriah as hard and for as long as I can bear is not a healthy working relationship considering the subject matter, and is terrible for my mental health. Tiny doses are how this story is going to get done.

The twine file is broken up into three because Patriah A was starting to get laggy.

The Patriah A file contains two complete (albeit linear) routes: Joshua and Paul. This file is 17,500 words.

Patriah B is still a wip, but contains the complete Izzy route, and Samuel's first two days are complete. This file, as it turns out, is 17,000 words. And it's not done!

The "Patriah True Route" file contains only that, which is a single day per bachelor. As you can see, it's pretty linear and will probably stay that way. (It's a modest 1400 words, but only has a day for Paul so far.)

There's a lot of repeating words thanks to me being lazy with nodes and variables in Twine in order to make my life easier, but I estimated after Joshua that the game would end up at about 50,000 words, and so far that seems to be the case.

What remains to write?

So I guess the end isn't too far off? Just a lot of coding in my future.

I've been talking with my handsome wife about Patriah's visuals, because they're a designer and I am not. I trust Ella's advice when it comes to making something pretty and accessible. It looks like the sterile white in the demo might end up looking a bit more like this. 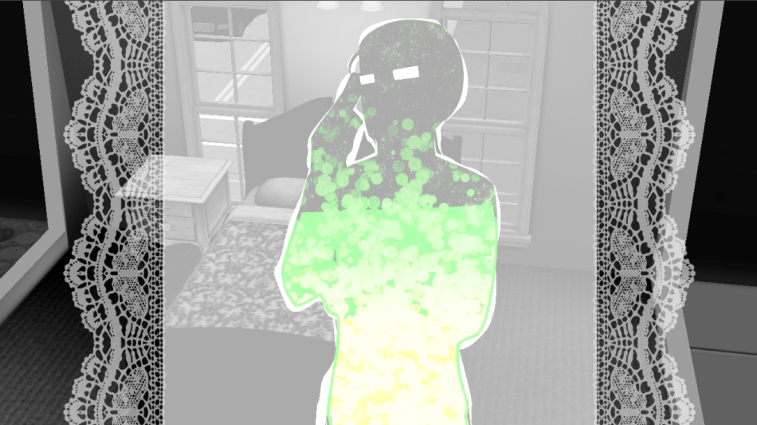 (This is a for funsies mockup and extremely unofficial.)

So I've been working on some inkwash backgrounds for the areas that weren't included in the Joshua demo. 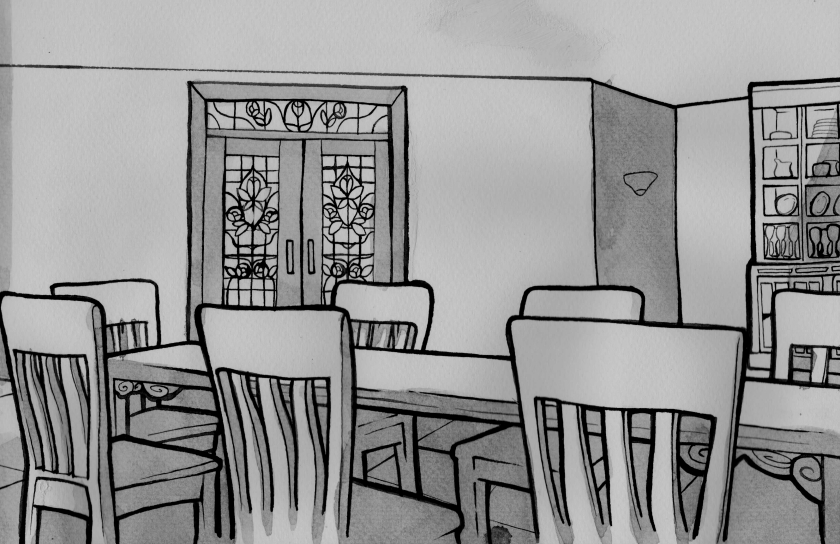 Inks are fun and I think they add a lot of character. Who knows what this will look like once we slap a bunch of heavy textures on top? It already feels so much more sinister!

Thanks for supporting me and looking forward to Patriah. I know I haven't talked about it much, but working on it is a bit of an ordeal, and I want it done just as much as you do. I've worked really hard, and I want to show it to you. Maybe next year International Women's Day?

What do you think?